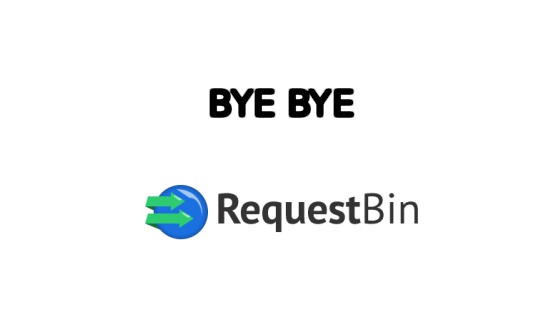 RequestBin was a great tool for testing webhooks.
At Polydojo, the tool helped us roll our form-to-webhook integration; and sometimes, we even used RequestBin while doing demos for fellow devs.
Last week, the good folks at Runscope took down RequestBin. The website now redirects to the project's GitHub repository, which ominously reads:

We have discontinued the publicly hosted version of RequestBin due to ongoing abuse that made it very difficult to keep the site up reliably. Please see instructions below for setting up your own self-hosted instance.

One could still self-host RequestBin; and that is pretty sweet. But when you're tasked with setting up webhooks, do you really also want to be in-charge of provisioning the webhook-testing infrastructure?

It was time to look for alternatives; and to our surprise, there were quite a few. We evaluated most of them; and thought that it may be worthwhile to share our reviews

Popular posts from this blog

Did you know that you can use Polydojo to create forms in practically any language? Yes you can! That's because Unicode is fully supported on the platform. To create forms in a foreign language, you simply need your keyboard to support that language. Likewise, form submissions can also be entered in any language. Multilingual Forms Not only can you create forms in any given language, you can create multilingual forms! For simplicity and clarity, we’ll soon take up an example. Polydojo is made in Mumbai, India. Almost all local users speak Hindi. We also have quite a few users from Germany and Switzerland, who primarily speak German. In a previous post , we explored how long contact forms are difficult to fill; and the fields an ideal contact form should include. We created an English-only contact form. Today, we’ll add Hindi and German labels, making it trilingual. Starting Point Let’s start with the contact form we’d built before. Here’s a screenshot:
Read more

Six Ways To Generate More Leads On Your Contact Form

It's great that your website has a "Contact Us" Page. But are enough of your visitors contacting you? In this article, we'll explore a few ideas for generating more leads with your contact page. 1. Ask Prominently Make it a point to prominently highlight the primary goal of your website. E-commerce sites usually highlight "Shop Now" and software services ask you to "Sign Up" or "Start Free Trial". If your website's primary goal is to get visitors to contact you, use a bold, highlighted, attention-grabbing  "Contact Us"  or  "Get In Touch"  button, on  each and every page  of your website. 2. Ask More Than Once Many visitors, after visiting your homepage and noticing your prominent  "Contact Us"  button, will scroll down to see the rest of your site. As the reach toward the bottom,  remind them to contact you ! I recommend giving your visitors at least three opportunities to contact you.
Read more
What's Polydojo?

This blog is a vehicle for sharing the random and not-so-random thoughts that occur to team Polydojo. Writing software is exhilarating, but can sometimes get tedious. Why not blog about it?